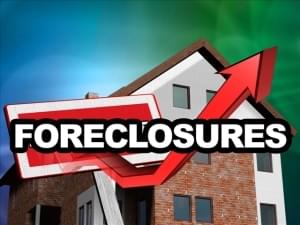 Why Foreclosures Are Best,and How to Get Free Preforeclosure and REO Leads

And the answer is yes. The laws are different. The timing on when things happen is different. It might take more or less time for a Seller to go from behind to filed on to the courthouse.

But the process is the same.

Let me give you a perfect example. In Phoenix, when a person gets behind on their payments, usually after about three months the foreclosing lender will file what is called a “Notice of Default” or NOD.

Here in Florida that same lender, after the same roughly 90 days will file what is called a Lis Pendens (or “LP” I guess, but nobody calls it that…).

Now, here is what matters to us as investors:

Those two function exactly the same.

At the point when either the NOD is filed or the Lis Pendens is filed that person is now entered into public record as legally behind on payments.

Now here is what is very important to know and understand:

If you went out into the world and you tried to get the best, most motivated Sellers ONLY to respond to you, (like put out signs, run ads and do all the old fashioned stuff that most people are doing), in order to generate a list of sellers who:

B) have a financial problem meaning they can’t make the payments, and

C) they have a deadline, meaning in 90 to 180 days they have to do something or lose their property…

It will not deliver to you a list as good as potential sellers who own a house with financial problems and a deadline.

That is by far the main reason why I love Preforeclosures- because they all have a reason to be motivated (I’ll cover REO’s and what happens AFTER Foreclosure in just a minute).

Now, of course, they are not all motivated even though they should be. So you will deal with flakes just like you will any other kind of the business. There’s certain amount of prescreening that still needs to be done, but understand the power of that list.

Let me give you a perfect example:

If a couple gets divorced and neither one of them individually can afford the house and they don’t want it anymore so they stop making the payments, it goes into Foreclosure.

If a person is a landlord who can’t afford to make the payments on their house, for whatever reason…maybe the renter moves out or just stops paying the rent, and the Landlord can’t make the payments anymore, the house goes into Foreclosure.

If a person dies and the estate doesn’t pay off their loan and the loan gets more than three months behind or so (less time in some places, more in others, as I said – but the process is the same), but if someone passes the property to their heirs and the heirs don’t make the payments, the bank files Lis Pendens or a Notice of Default and it goes into Foreclosure.

If a person for any reason can’t make that payment, what ends up happening? Foreclosure.

So Foreclosure is the last stop for every single category of motivated seller! The most motivated of every type of seller ends up in Foreclosure.

Let me say that again.

The most motivated of every type of seller ends up in Foreclosure.

So, can you market to many different lead types? Yes. And you should
because you don’t want to deal necessarily with 100% people who are in Foreclosure.

But you should also know that the people who are behind on their payments have a reason to be motivated, and are far more motivated than even the normal.

Imagine an out of town owner who owns a property. It probably was a rental, maybe not. But they own a property in your area and they live somewhere else.

Now imagine that same person more than three months behind on their mortgage.

So the reason I like Foreclosures is because there is a publicly available list of the most motivated sellers in any market!

That it is a wonderful, wonderful thing for us Investors.

And in fact, it is a list you can get for free.

If you want to get the list of people who are in Foreclosure that’s Lis Pendens or NOD, there is a couple of ways to get it.

The first way to get that list for free is most county records are online.

So if you go to the website, usually the County you want to look them up in’s website, put in a date range, say, the last 30 days, and you put in document type and it is either NOD or Lis Pendens and you hit search, they will give you a list of every Lis Pendens or Notice of Default that has been filed in the last 30 days.

If your County Clerk has online Public Records, these are free leads.

If your County Records are NOT online (really!?), that’s good news for you, if you’re willing to apply a little hustle.

See, if the records are NOT online, it means your competition can’t get them that easily, either.

So if you just get up off the couch and head down to your local Main Branch Library, you can get the Records there.

Now, just so you know, they may not have them at the little tiny library in the middle of nowhere, but the main branch library is going to have all the business newspapers and periodicals.

Then you just ask the librarian, “Could you show me the legal newspaper with the Foreclosures in it,” you can go to that library and get them for free.

Once you get tired of going to the library to get free leads or hopping online to get free leads, and you want to get them delivered to you digitally in a nice, neat format, there are about 10,000 different lead sources online that will be happy to sell you these Foreclosure leads for peanuts.

Or, you could just subscribe to that Legal Newspaper yourself, and have them delivered to your door.

And for $20 or so a month, they will deliver you these leads via email in an Excel spreadsheet most likely or they will have a service where you can go log in online and get all of them that you want.

So the public nature of this information is one of the reasons why it draws people in so much.

But really all that Notice of Default of Lis Pendens is telling us is that there is a person who is several months behind on their payments.

It doesn’t say anything ground breaking and I don’t want you to go through and, deliberate over who to talk to or contact and who not.

Instead, what I recommend is that you get yourself an AWESOME converting mail piece, “sneak up” style is best, and simply mail a letter to every New foreclosure filed in your target area.

See, when we’re dealing with Preforeclosures, we can let the most Motivated Sellers PROVE thy are Motivated by dealing only with the ones who respond and answer our questions, are open and honest, want to work with us to get it taken care of, etc.

But with REO’s, and Bank Owned deals and Real Estate Agents in general, it’s not like that.

With deals like this that are listed with an Agent, there is someone there- the Agent – who’s job it is to “talk up” and “sell” that property.

That means the deals are easier to find – just ask any agent and they can send you some listings, but because they are so easy to find, you have to dig a little deeper to find the TRULY great deals.

The Number 1 thing you MUST do, to keep from completely wasting your time, effort , and money, is work ONLY with Agents who have excellent deals.

You CANNOT just work with “any old agent” and expect to get access to genuinely good deals – they don’t have them.

See, Agents that work with banks, and with Investors are a rare breed.

And the ones who are good at it spend a lot of time, effort, and money to build those relationships and connections.

So when a truly great deal comes along, they kind of “hush up” about them… at least until they let everyone on their “short list” of Buyers have a look first.

That way, if it sells to one of their Buyers first, they get the full commission, and don’t have to share it with another agent who brought a Buyer to them.

So just any random agent, if they are NOT a specialist in REO / Bank Owned properties ONLY HAS ACCESS TO THE DEALS OTHER INVESTORS HAVE ALREADY SAID NO TO!

That’s why the ‘normal’ agents keep telling you “Oh, No. They all sell in 5 minutes for more than asking price.” Or, “There are no more deals like that around here”, or whatever nonsense-of-the-week they are spouting.

So getting access to the best REO’s, and for FREE, is all about finding, contacting, and positioning yourself as the “Real Deal” to, the best REO agents in your market!

Just following these two steps, using only free leads, would put you ahead of 99% of your so-called competition- Preforeclosure and Foreclosures.

And if you multiply that by knowing how to make offers that Sellers and Banks actually say “Yes” to, you’ll maximize your success.

Add in a system for selling these houses quickly and for top dollar – often BEFORE you even fund or close them yourself, and you have a “Profit Machine” business that will take you and your wealth and results however far you want to go.

If that sounds good to you, and you’re thinking, “You know what? This sounds wayyy better than what I’ve been doing!”

Then you’re perfect for a new Course I’ve just released. It’s called, “The Ultimate Foreclosure System”, and you can go here and see that it’s right for you.